The Interesting Power of the Postcode

Let’s take a moment to think about the Four P’s of the marketing mix. Can you remember what they are? That’s right, Product, Price, Promotion, and Place. Now, I’m going to ask you to think about that last one…place. When we think of the word place, what springs to mind? A geographical location? But how do we find that location? That’s right, through an address. More specifically, though, a postcode.

Postcodes play a fundamental role in our everyday lives. We rely on them to send letters and gifts to our loved ones, and businesses depend on them to ensure the delivery of products to their customers. Giving and receiving wouldn’t be the same without them. Postcodes pinpoint a number of addresses in different areas around the UK or single major delivery points.

Take Hopewiser’s, for example. If you enter WA14 5NL into a postcode finder it lists all of the addresses under that entry. Simple, right? “Right” being the operative word. Yes, using a postcode finder is very simple if it’s an accurate one. We’ll talk more about that later, though. But for now, let’s take a look back on the history of postcodes in the UK.

In 1857/58, London was divided into what were then called postal districts. They followed as, EC (East Central), WC (West Central), N, NE, E, SE, S, SW, W, and NW. At a later date the NE and S sectors were abolished. In 1917, during World War I, these postal districts were subdivided with a number each in order to improve the efficiency of delivering mail to the necessary address. The area was then served by the district head office as “1”, with the others being alphabetically numbered by delivery office. This resulted in N2 East Finchley delivery office, N3 Finchley delivery office, and N4 Finsbury Park delivery office. 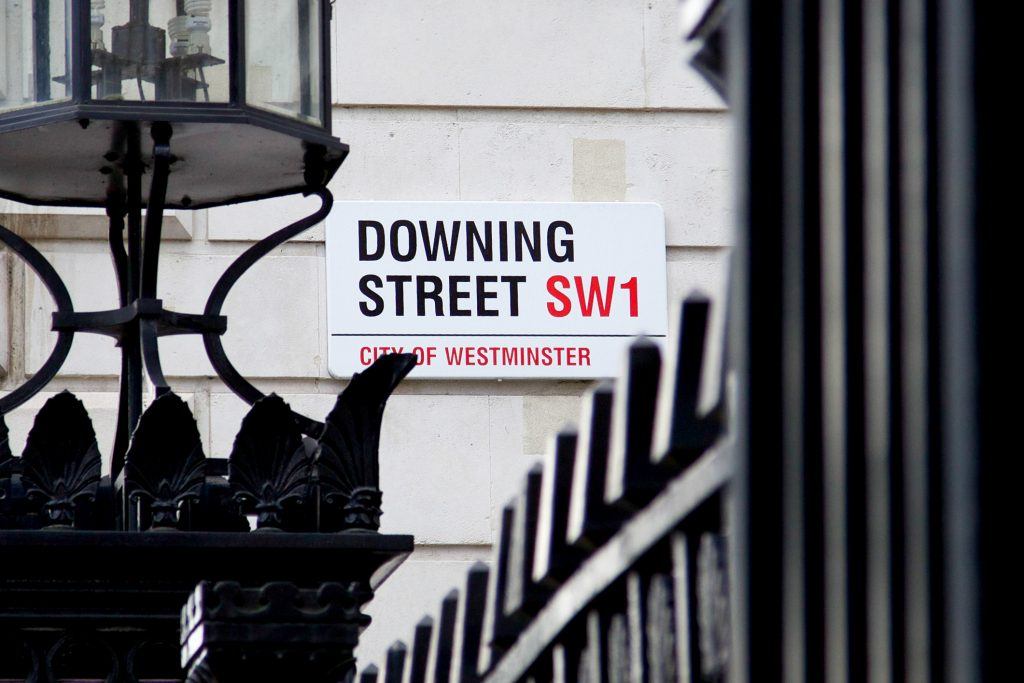 Following the original success of dividing London into postal districts in the late 1800s (how on earth did the post office ensure people received their mail beforehand?), other areas in the UK began to follow suit. The city of Liverpool was divided into Northern, Eastern, Southern, and Western districts in 1864/65. Manchester and Salford were divided into eight districts in 1867/68.

Fast forward again to 1917, and Dublin (still part of the UK at the time) was divided into numbered postal districts. This continues today, but in a slightly modified form by the Republic of Ireland’s postal service, An Post. And in 1923, Glasgow also became divided in a similar way to London. It would appear the Capital’s influence comes in all shapes and sizes, and to all corners of the land.

Whilst these major cities were boasting their modernity with this new way of pinpointing addresses, other urban areas still remained in the dark ages. In 1932, the Postmaster General approved designation to some predominately urban areas. In 1934, the post office introduced their new short postal codes to “every provincial town in the United Kingdom large enough to justify it”. It was from then onwards that posters were fixed to every pillar box in the affected areas that displayed the number of the district, and pleaded for the public’s co-operation when sending mail.

In the late 1950s, the Post Office experimented with electromechanical sorting machines which organised mail more quickly than manual operators, and it was believed that the introduction of postcodes increased the efficiency of this process. Between 1959 and 1974, the rest of the country received postcodes formatted in a six-character alphanumeric code. 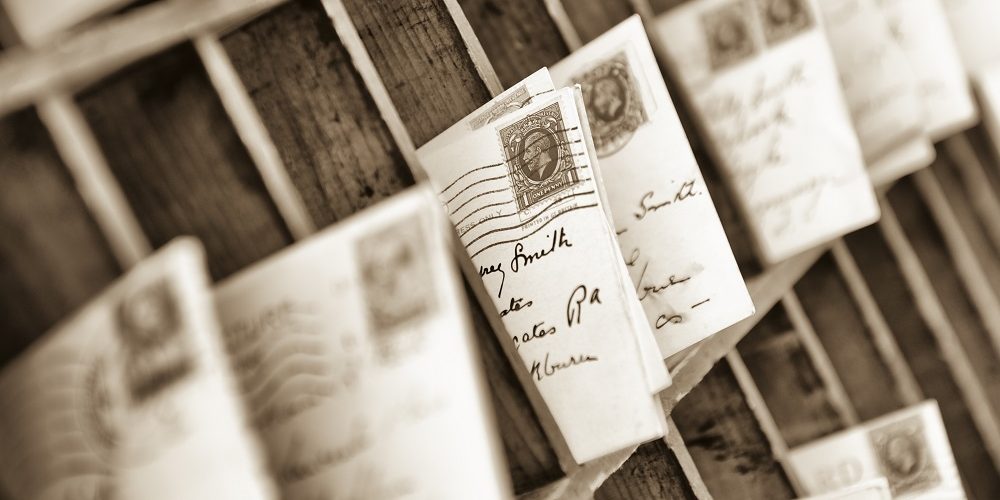 Despite the vast progression of applying postcodes nationwide, there was no such software for companies to manage addresses in the world of commerce to ensure that postcodes were valid, and that the recipient still lived at the registered address. Enter Philip Good. It was in 1982 that Phil applied the theory of using postcodes to generate a sorting and checking system for addresses, resulting in the formation of Hopewiser, who was the first company to gain access to the Royal Mail PAF by becoming the first licensed Royal Mail VAR (Value Added Reseller).

Hopewiser developed the first commercial available address management software package for Mainframes, which was based on the Royal Mail’s Postcode Address File (PAF). This contained 25 million addresses, and today its holds over 27 million.

The company’s first customer was Manchester based mail order company, JD Williams Group Ltd, and thus became the first business in the market place to recognise the full potential of matching information by tying together names, addresses, and postcodes.

Despite an initial lack of belief in the power of postal address software systems across the business sector, as time went by organisations became more sophisticated in their mailing requirements and the demands of managing their mailings grew. Subsequently, Hopewiser began to add more and more names to their client list.

Fast forward 36 years and Hopewiser’s client portfolio has grown to include many leading companies over the years, such as British Gas, Direct Line, Royal Bank of Scotland, Marks and Spencer, and The Inland Revenue. Add a few office moves into the equation and the company now operates out of a large building in Altrincham, Cheshire, with an additional presence in Melbourne, Australia. This allows the business to serve clients on a global scale. 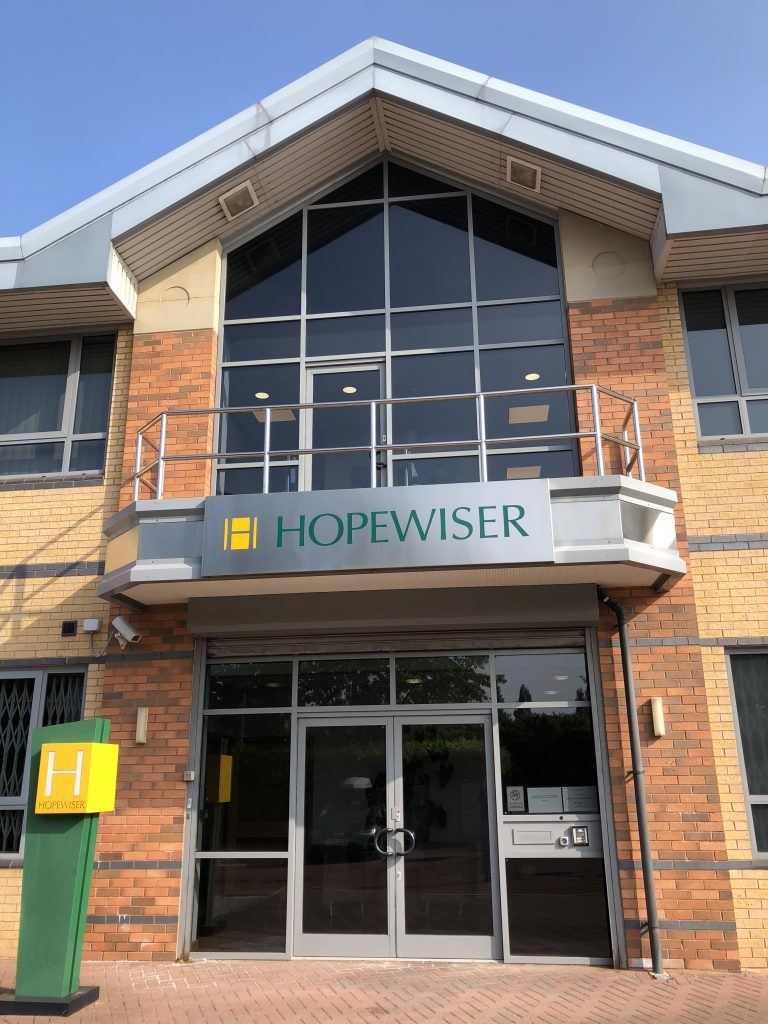 In order to remain competitive in the market, Hopewiser has developed its solutions inline with technological advances. For example, our Address Lookup solution allows the quick and easy capture of accurate addresses through a postcode finder or partial address on a variety of different platforms; software installation, CRM integration, and also our new online portal service.

The latter, our Pay Per Click Address Lookup tool, makes life so much easier with no set-up fees, no maintenance costs, technical support, and also a free no-obligation trial to get you started. What more could you ask for?

Also available on the portal is Hopewiser’s top of the range Address Cleanse service. Simply upload your records to get instant cleansing and suppressions on your data with access to the latest in-built PAF, deceased, goneaway, MPS, and TPS files. To see whether this tool is the right one for you, you’ll also be entitled to a free sample analysis of 300 of your records, which in turn shows you how many suppressions your data has. Prices then start from £35. Alternatively, Data Cleansing can also be provided as an installed solution. 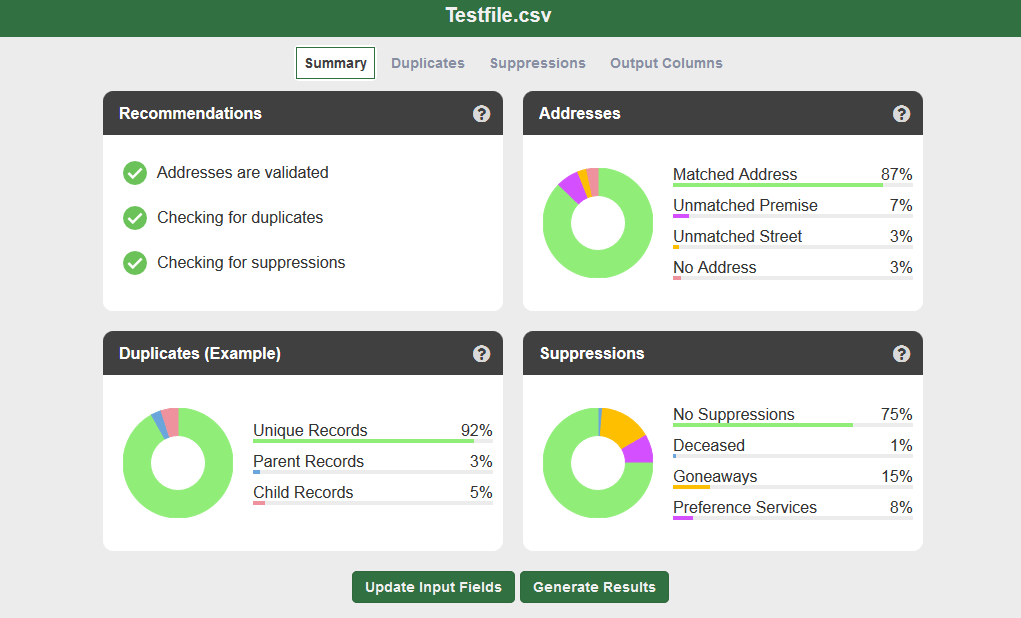 We hope you realise now just how powerful postcodes can be. After all, you need them in order to conduct a thorough marketing outreach. Did you know that the household response rate for direct mail is 5.1%? That’s the highest response rate ever recorded by the Direct Marketing Association (DMA), and is in comparison to 0.6% for email and 0.4% for social media.

But when all is said and done, you will need an accurate address management solution in order to compile those much needed postcodes. It’s no use marketing to the wrong address. Additionally, you need to keep your customer database accurate and compliant with current legislation, such as the GDPR. Luckily for you, Hopewiser’s solutions can help you with both. We haven’t been going for 36 years for nothing! Get in touch today for all your address needs, and fully embrace the power of the postcode. 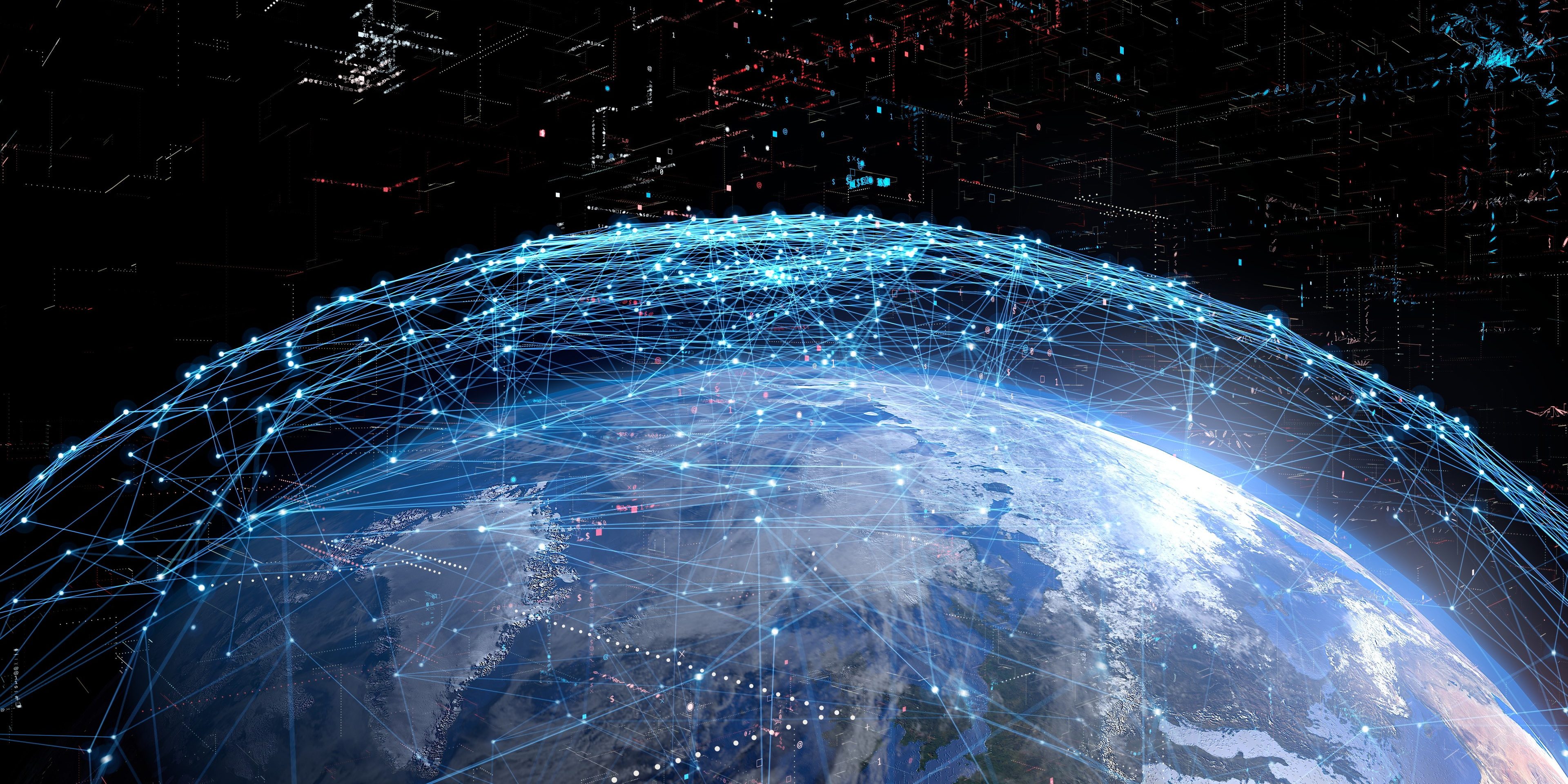 3 Problems Your Small Business May be Facing 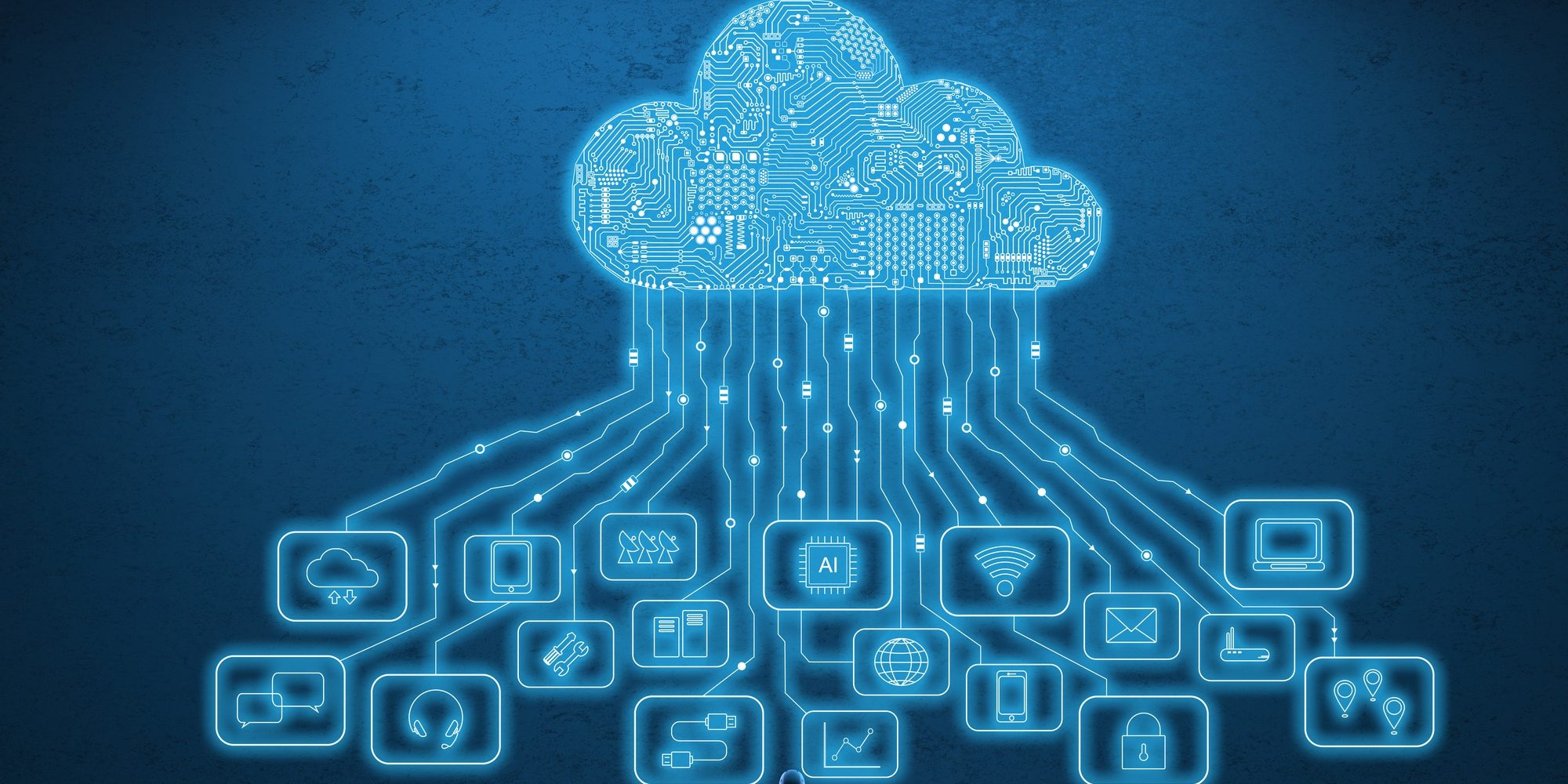