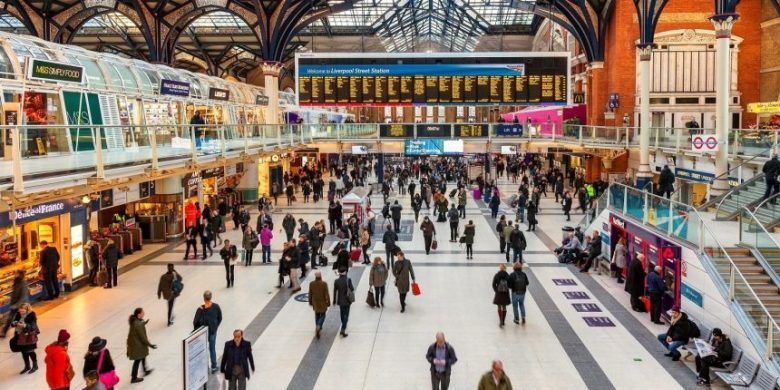 The Best and Worst Cities for Commuters

Punctuality poses a huge problem for commuters. Many social media posts signal the distress of early morning passengers. For example:

‘Every day the train is delayed. So sick of it. We pay loads and get a rubbish service and old dirty trains. #Southeastern‘

Here at Hopewiser, we wanted to investigate which UK cities provide the most punctual trains for morning commuters.

Using our proximity tool, we located five railways lines that provide train services through major commuter hotspots across 10 different cities. We factored a journey time of up to 50 minutes and chose to analyse trains that arrived at their destination between 7.45am- 8.15am. Plenty of time to walk to the office and grab a coffee for a 9 am start. Using Raildar.co.uk, we calculated how many minutes commuters travelling those train lines wasted waiting on delayed trains over a 12 month period.

Which city came out on top?

Newcastle Upon Tyne emerged as one of the cities with the most punctual trains for morning commuters and Leeds took second place. Bristol took the last place, with commuters on popular rail routes wasting 4159 minutes waiting for late services. Those commuting to London didn’t have it much easier, with the services that were analysed taking 3196 minutes of passenger time. 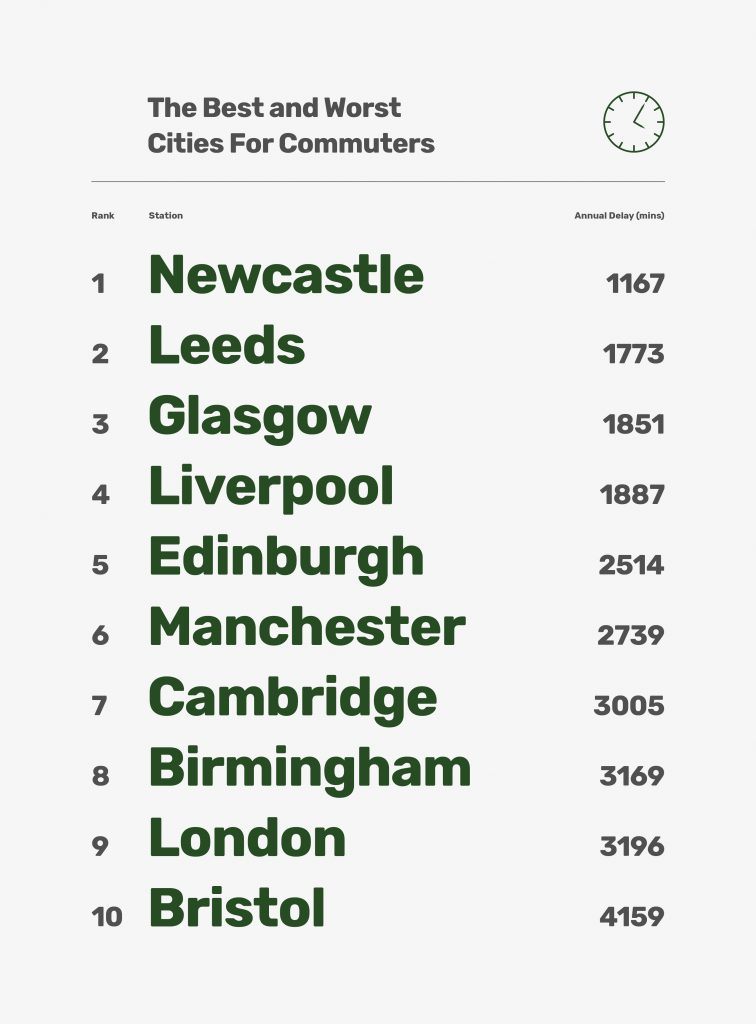 A City by City Analysis

Travelling to work by train can prove to be a stressful choice at times. However, it’s clear that some UK cities are more of a time drain than others. So, from best to worst, let’s take a closer look at each city and their popular commuter routes.

Compared to the likes of London, Newcastle’s commuter network isn’t vast. However, our analysis of delay times across 5 popular commuter trains over a 12 month period suggests that services are highly reliable.

The most efficient of the services is the Hartlepool to Newcastle line, which departs at 7:03 am. Calling at Seaham, Sunderland and Hemsworth, passengers commuting on this service have experienced overall delays of 126 minutes whilst travelling to work.

The least efficient service is the Hexham to Newcastle line, departing at 7:22 am. The collective 269 minutes of delay time impacted on commuters travelling from Corbridge, Riding Mill, Stocksfield, Prudhoe, Wylam, Metro Centre and Dunston. 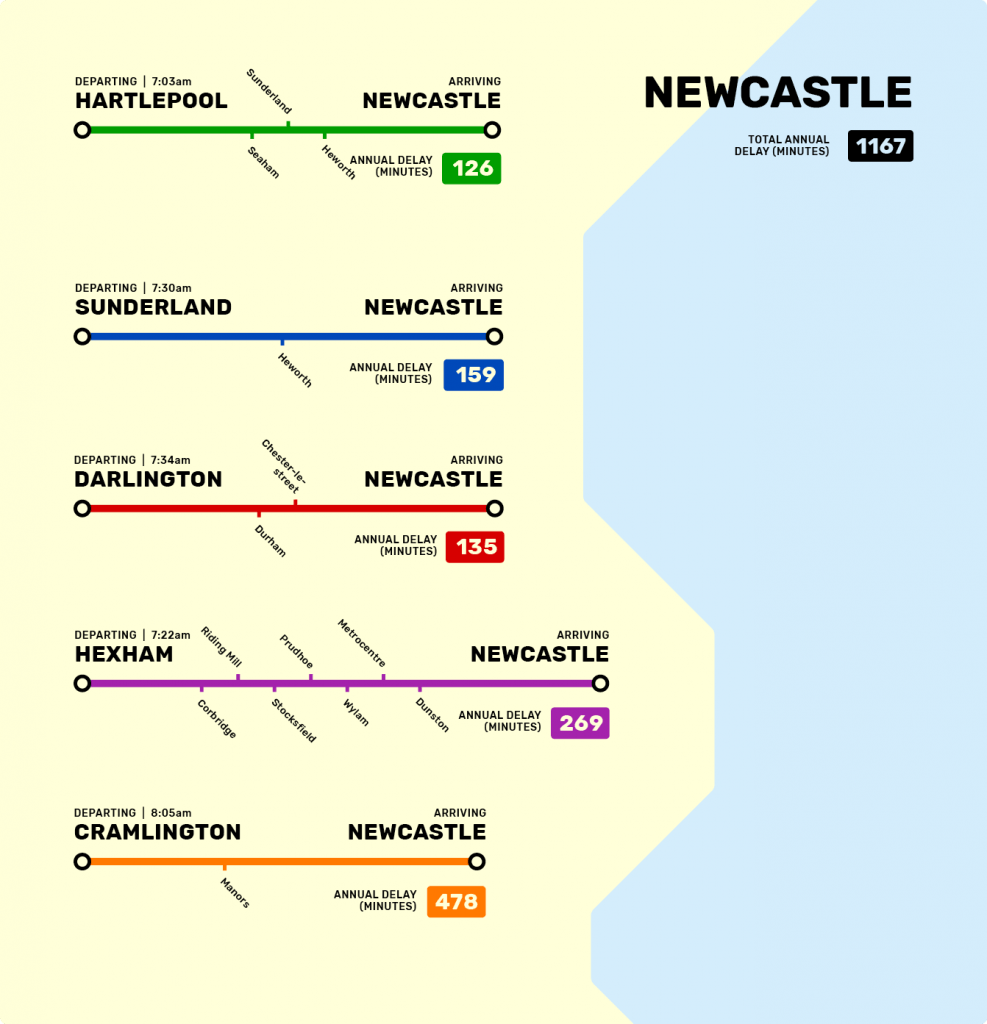 We analysed train routes that service popular commuter towns such as Huddersfield, Bradford and Harrogate.

The 7:34 am service departing from Harrogate and calling at Horsforth proved to be the least efficient line for commuters travelling to New Station Street. Altogether, passengers using this particular service waited 531 minutes for delayed trains on their way to work.

Commuters on the 7:12 am line from Barnsley have a much better start to their morning, with delays totalling a more reasonable 131 minutes. 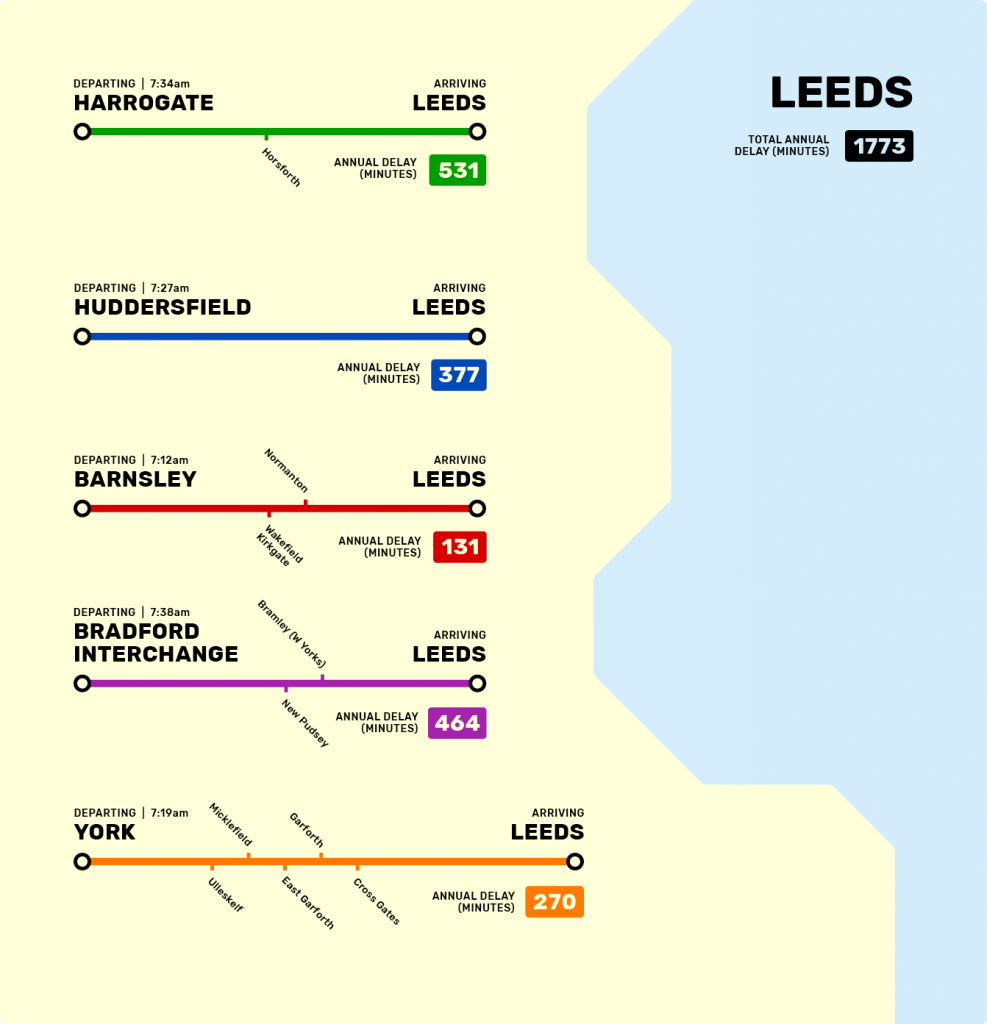 Morning commuters on the 7:26 am train from Dumbarton Central to Glasgow Queen Street face an arduous journey to work, with sleepy passengers wasting 562 minutes of their morning every year. With 12 station stops between the two destinations, this particular journey affects many frustrated commuters.

Of the routes we analysed, those travelling between East Kilbride and Glasgow Central are less likely to have a time-consuming start to their day. Over a 12 month period, passengers were kept waiting for 250 minutes in total. 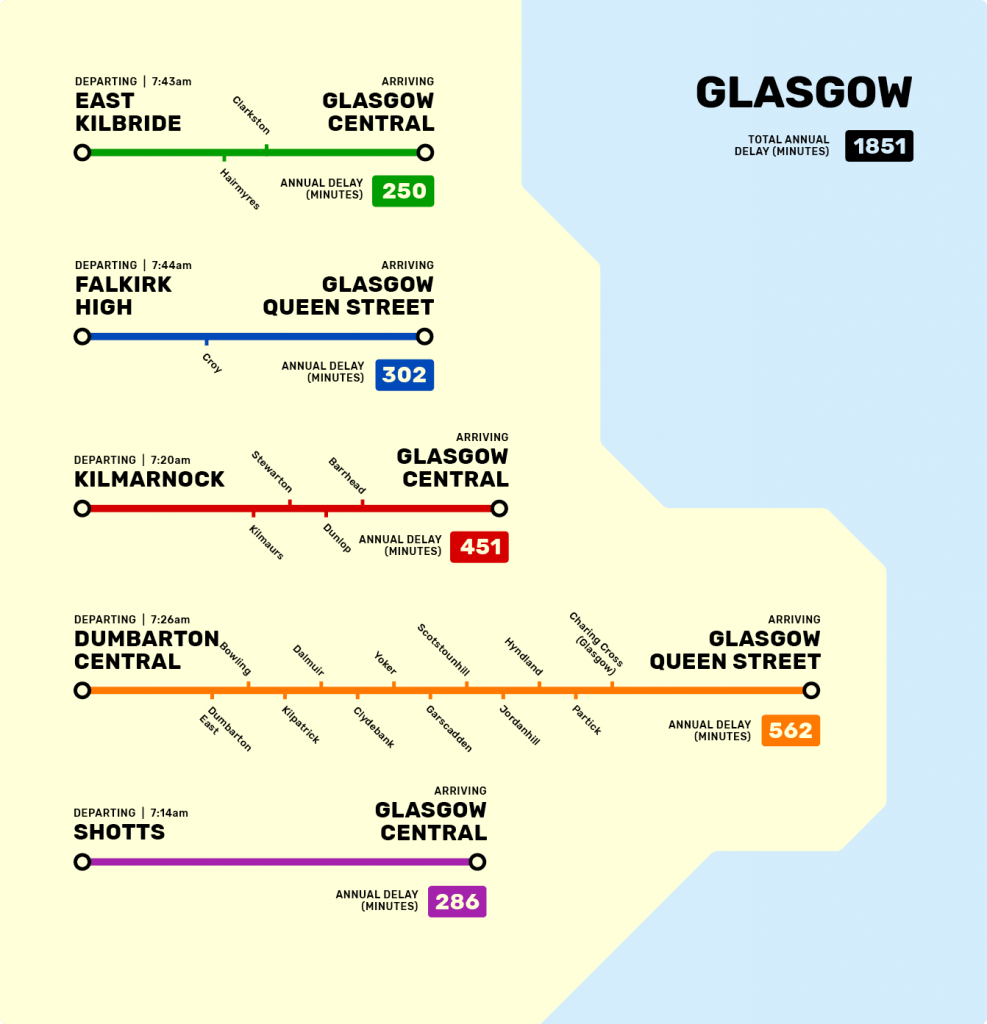 If you’re travelling on the 7:21 am services from St Helen’s Central to Liverpool Central then you should count yourself lucky. Over the last 12 months, commuters working in the city centre have only been delayed for 66 minutes altogether. There’s much to be said about a  punctual start to the day.

Unfortunately, those travelling between Ormskirk and Liverpool Central on the 7:35 am service don’t get the same reliability. A total of 379 minutes of delay time was recorded over a 12 month period. 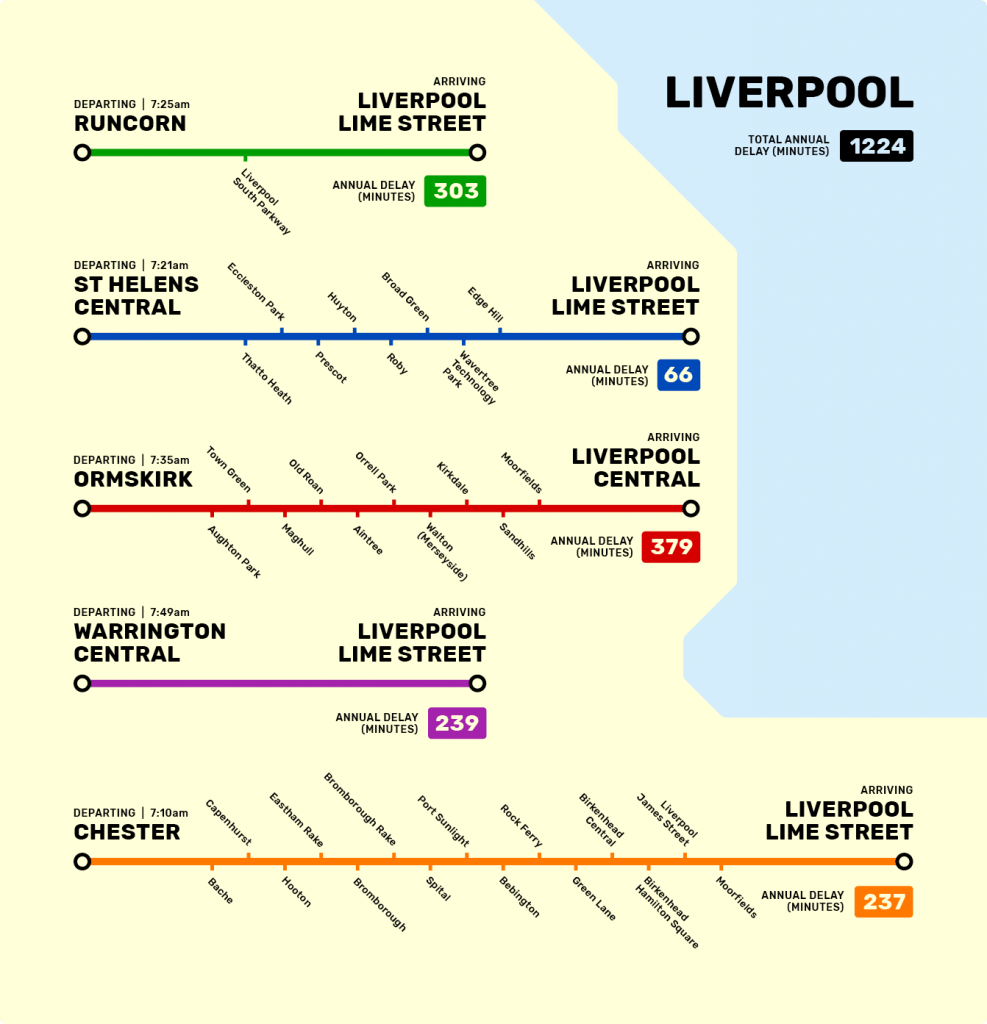 Scotland’s capital city is obviously a commuting hotspot, with many passengers travelling into Edinburgh from the towns and villages that surround it. The 7.19am service from Dunfermline clocked up an annual delay time of 465 minutes, making it the least reliable service for morning commuters.

In contrast, those travelling on the 7:10 am service from Livingston South into Edinburgh Waverley were kept waiting for a total of 237 minutes – a much better start to the morning! 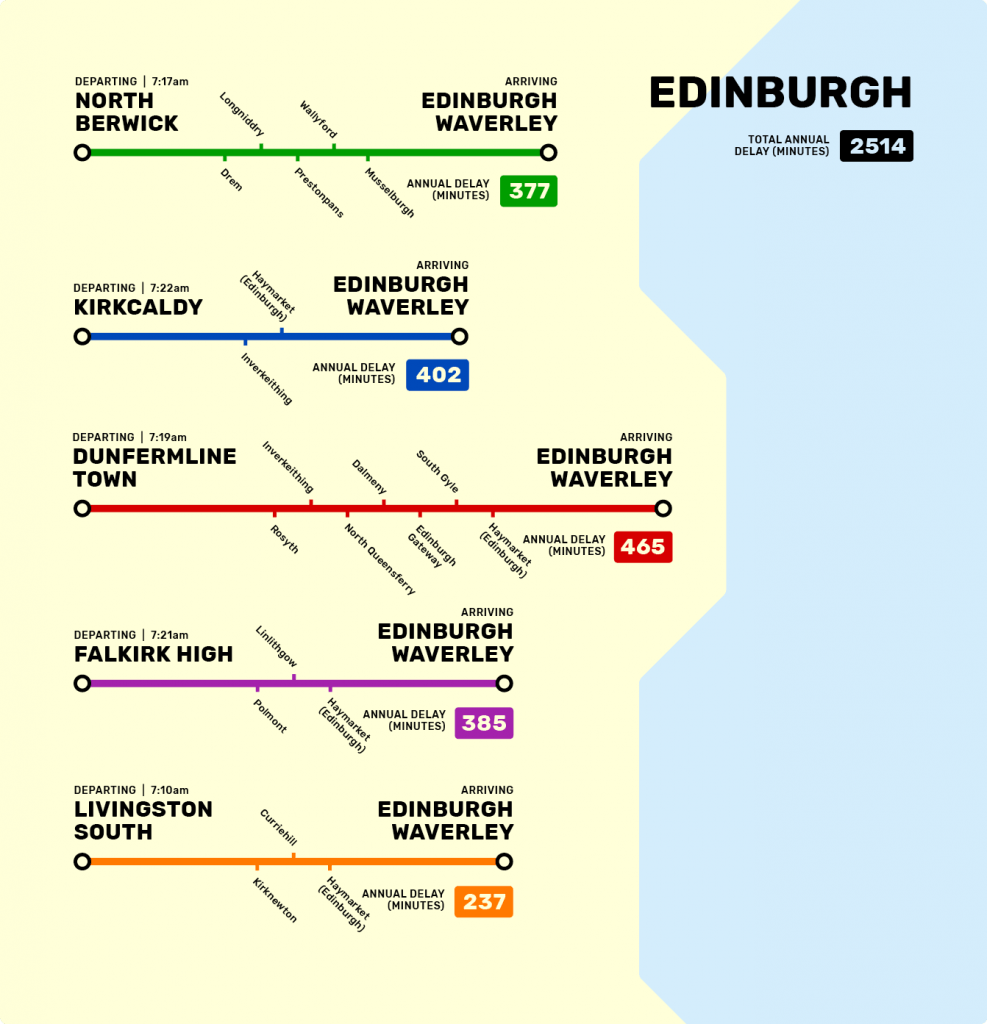 The time delays for commuters travelling into Manchester City Centre placed it in the bottom half of the table, with disruption totalling 2739 minutes across the 5 routes that have been analysed.

Commuters travelling on the 7:34 am train from Bolton are most likely to have a frustrating start to their day. Delayed trains running on this service cost passengers 846 minutes of their time. Those catching the 7:46 am service to Oxford Road from Urmston had the least disruption, with an overall delay time of 350 minutes. 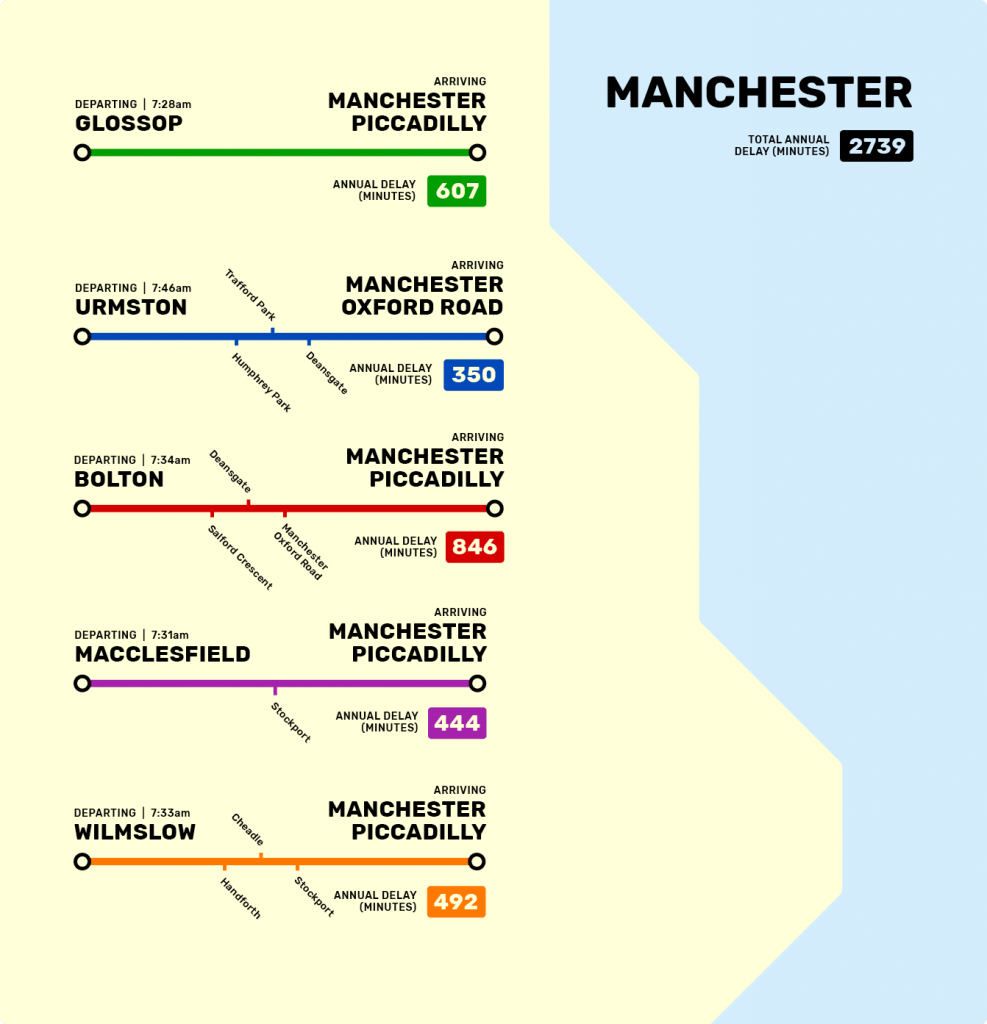 Brace yourself for an eye-watering commute if you’re travelling to Cambridge on the 7:31 am service from March station. 1461 minutes is the annual wait for passengers braving this gruelling journey.

The 7:28 am service from Bishops Stortford provides a more reliable route to work for morning commuters. With 239 minutes of waiting time over a 12 month period, it provides much better odds of getting to work on time. 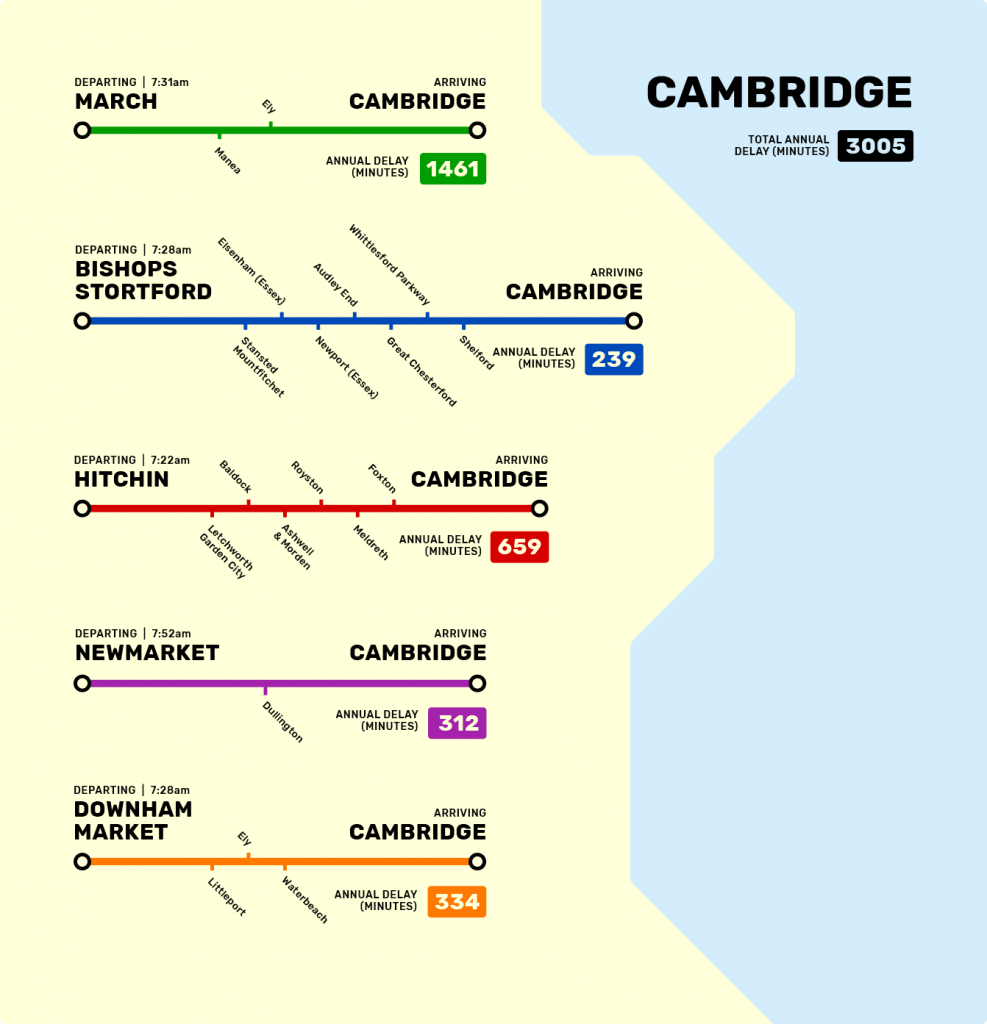 Birmingham New Street is one of the largest stations outside of London – but our research suggests that it’s unlikely to be filled with happy customers.

Those on the 7:40 am service from Sutton Coldfield experienced total delays of 784 minutes, a slow start to the day. In fact, none of the services analysed were very punctual. The least delayed service was the 7:37 am service from Wolverhampton but even that commute cost passengers 439 minutes. 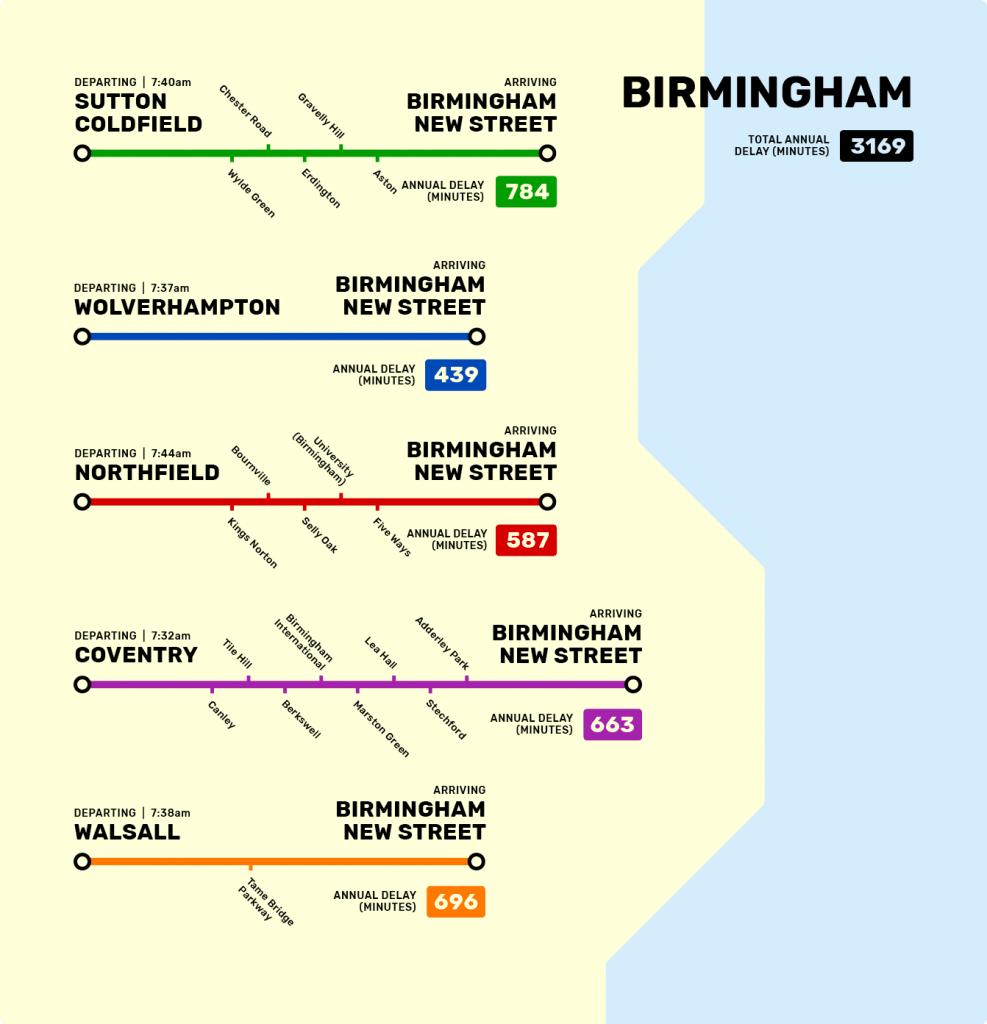 Despite London’s rail network receiving more investment than other cities in the UK, the total delay times of the services analysed placed it second to last. 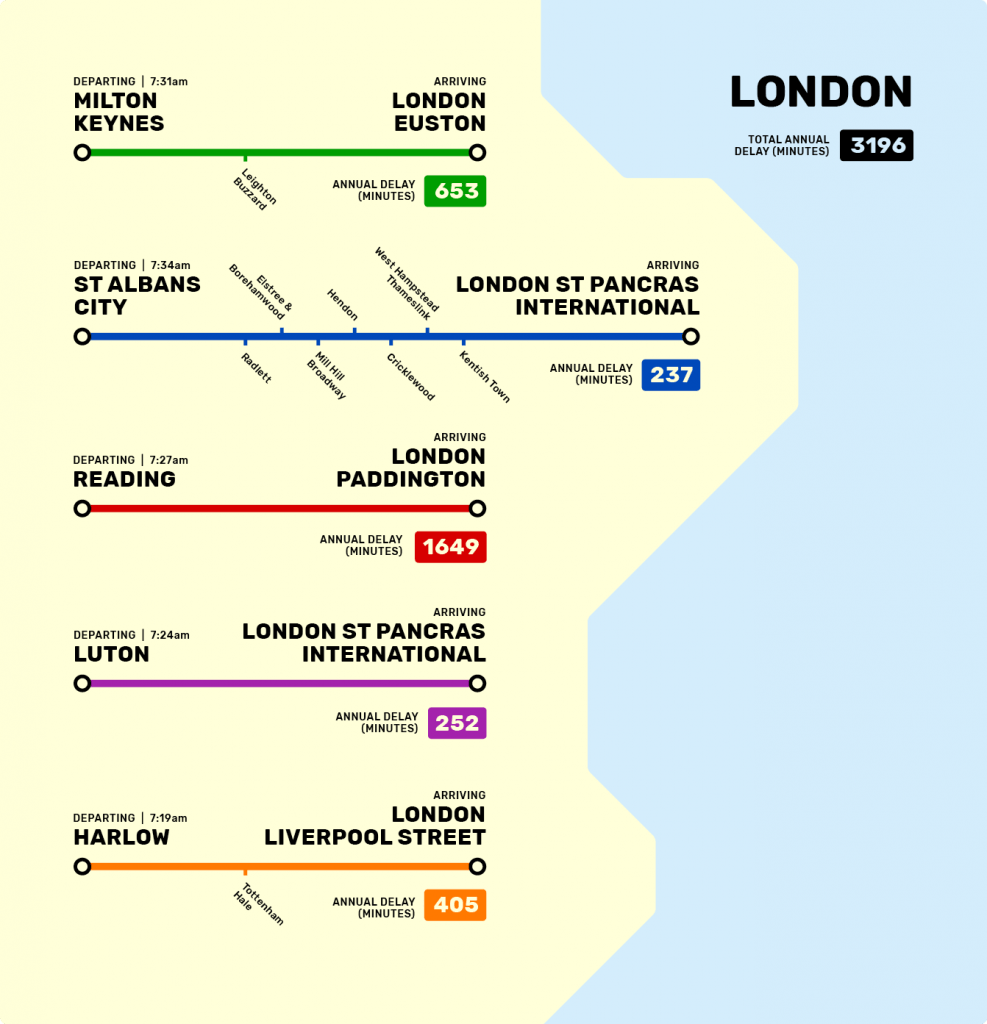 Those commuting into Bristol are most likely to have their journey significantly extended due to delayed morning services. The 7:47 am from Bath Spa which calls at Oldfield Park and Keynsham experienced delays totalling 1050 minutes over the last 12 months.

While the 7:25 am service from Cheltenham Spa clocked up the least delay time, passengers were still kept waiting on the platform for 551 minutes. 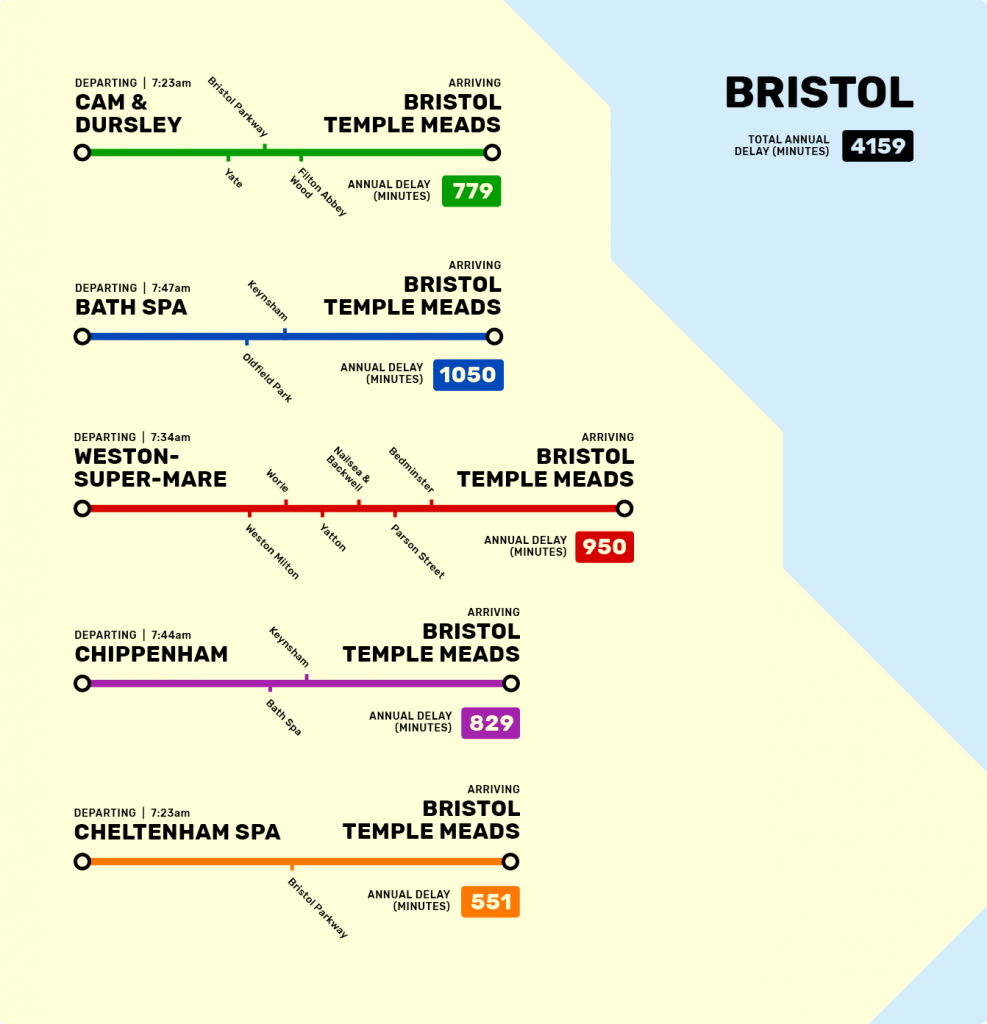 So, what does the public think about the UK’s rail network?

Annual reports on public satisfaction seem to paint a positive picture of customer experience across all train operators. However, Twitter paints a different story. We took 5000 tweets and analysed the most commonly used words. 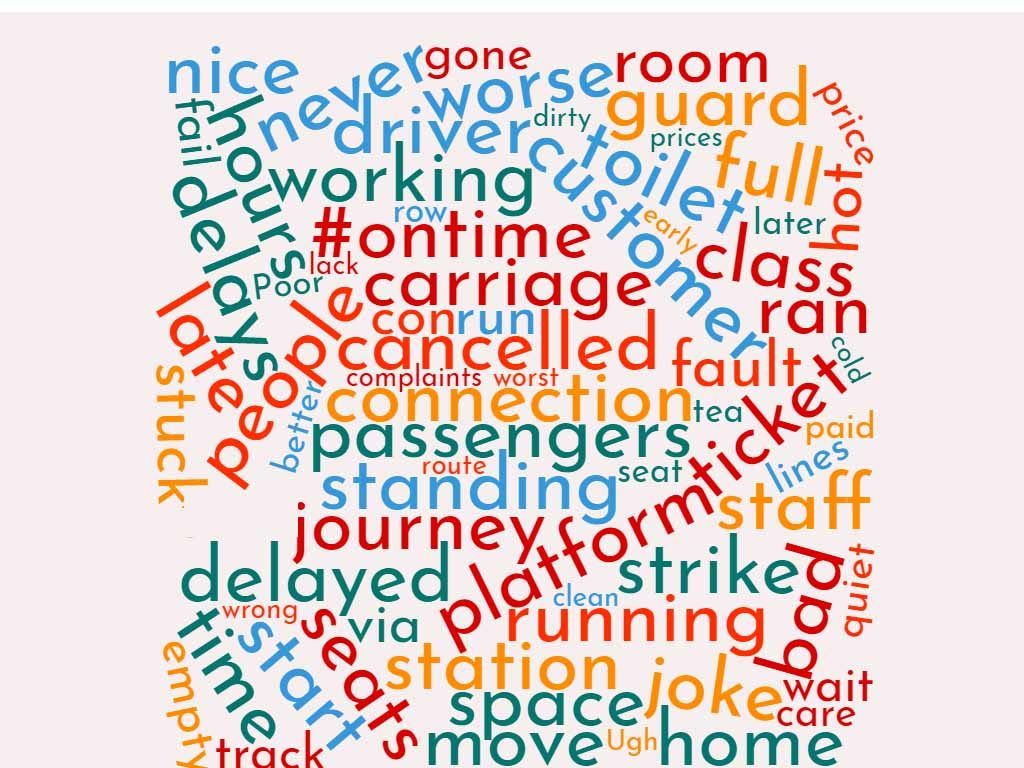 Many of us will have a comprehensive list of things we loathe about the UK’s rail network. For example, the seats on a Northern Rail train aren’t the same distance apart. This means that sufficient space for your knees is not always guaranteed. Not to mention the commotion that Virgin Trains creates when they decide they’re not going to bother with seat reservations. Many angry passengers hit by this situation spend their journey pressed up against other angry passengers, wondering why they paid extra money to breathe in armpit sweat and despair. Then there are the three most despised words anyone travelling by train can hear. Rail replacement bus.

While you will know your route to work like the back of your hand, if you ever find yourself lost in an unfamiliar place in one of these cities and are in need of transportation, our proximity tool can find your nearest train and bus stations in the blink of an eye! 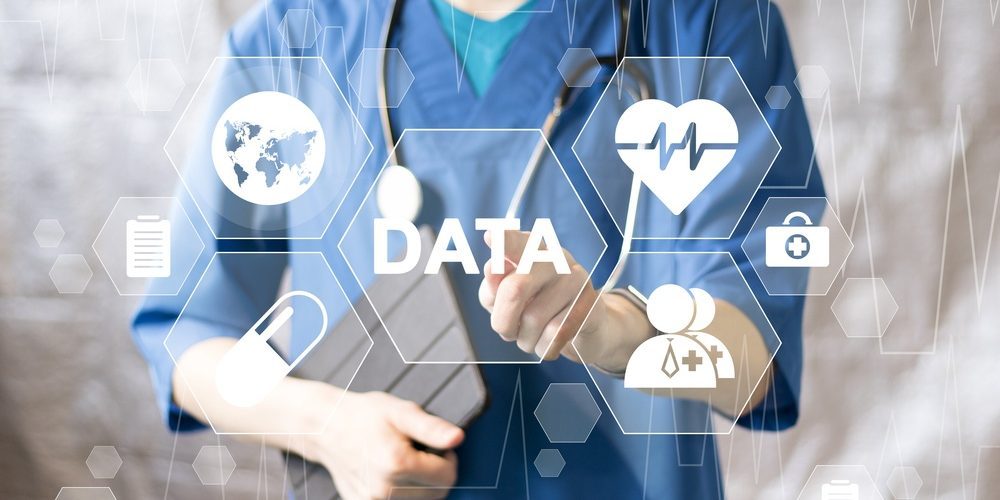 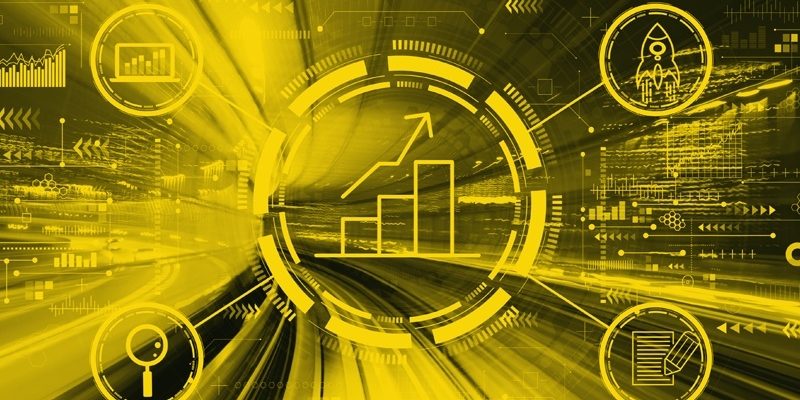